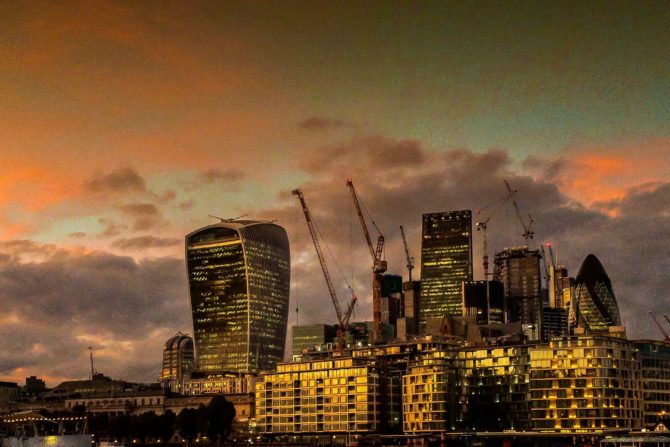 If anyone wants to spend an outstanding weekend in an extraordinary city, my advice is to go to visit London.

London offers everything to visitors and travelers. It’s the perfect place to enjoy leisure, culture, history, architecture and a lot of things.

It was founded by the Romans two thousand years ago on the River Thames in the south east of Great Britain. They called it Londinium.

London has been modelled by flows of newcomers, first they were Celts and Romans, now people from all over the world. 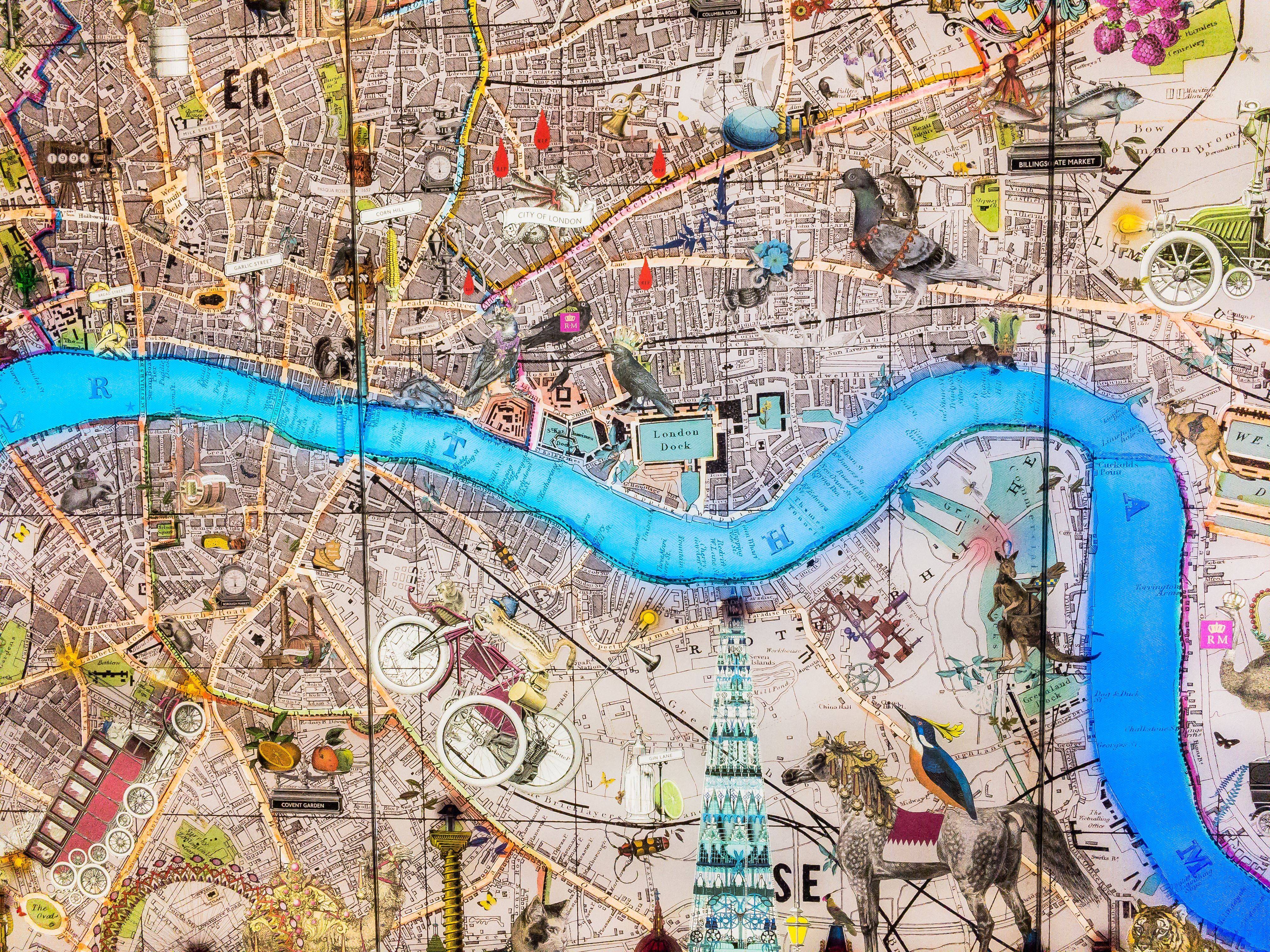 Nowadays London is not only the capital of UK. London is everything. It is an enthusiastic and dynamic groundbreaker of art and culture. London is a city of projects and creativity. It has a thrilling life history with well known landmarks such as the Houses of Parliament, Big Ben, the Tower of London, Buckingham Palace, etc; to which are added modern buildings yielded by cutting-edge architecture such as The Shard or the Sky Garden, also called The Walkie Talkie. 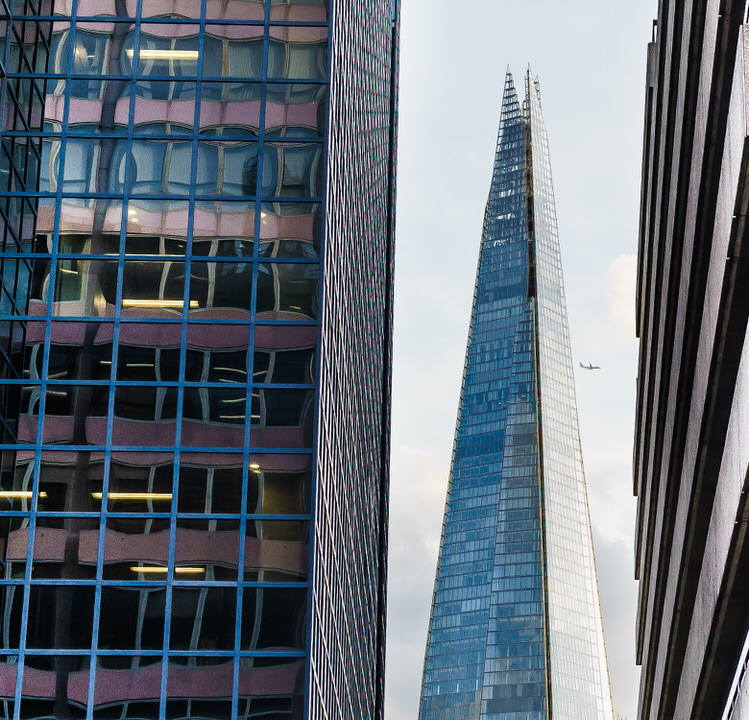 London is full of paradox, it is a mixture of the new and the old, tradition and modernism, heart of British style and at the same time it is multicultural with a great ethnic diversity.

Last time I went to London I could only stay there for a long weekend. It is little time to try to see all that London has to offer to the visitors but I would like to show you some interesting places in this amazing city.

When I arrive at a new place, I like to walk around. It is the best way to immerse oneself in the daily life of the city. Your eyes, brain and senses start to wake up and become inebriated with new discoveries. 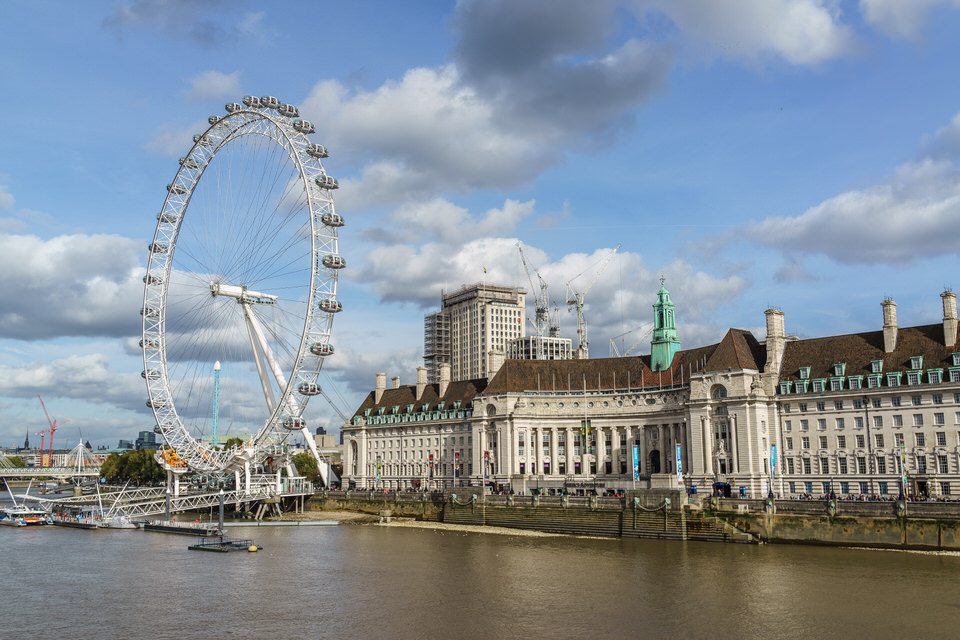 London has something for everyone: architecture, history, excellent food and a lot of cultural activities.

Let’s talk about some of the well-known landmarks of London.

The Tower of London 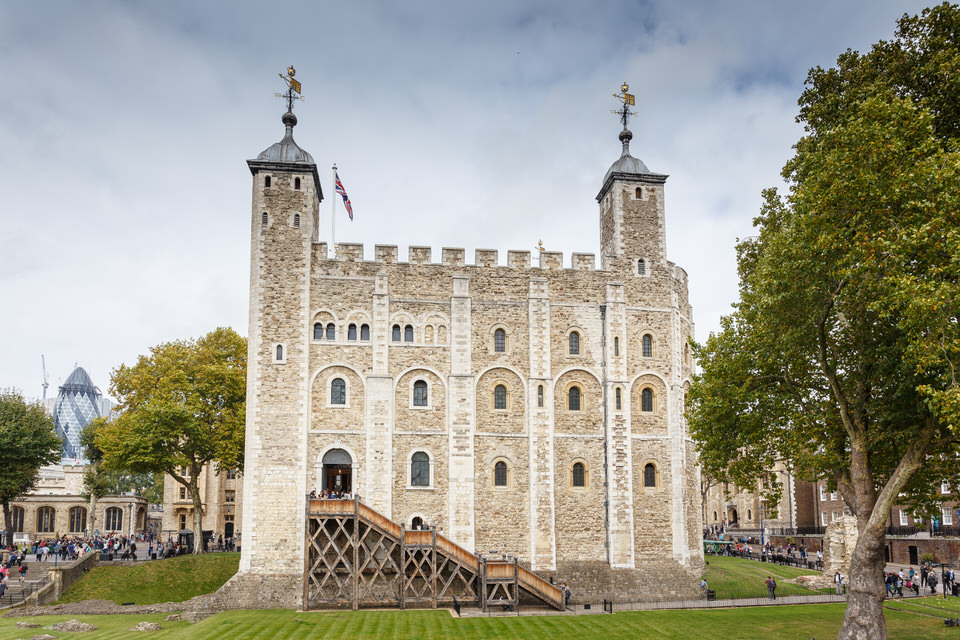 In the 1070s, William the Conqueror built a huge stone tower at the centre of his London citadel. The merciless and cruel Norman Duke converted himself into the new King of England. He expected his powerful White Tower not only to preside over the skyline, but also the hearts and minds of the crushed Londoners. He succeeded in achieving much more than his fiercest ambitions; nearly a thousand years later the Tower of London still thrills us.

The Tower of London has had many purposes, it was used as a royal residence, Royal Mint and also as a well-known prison. It houses the Crown Jewels, it had a sort of zoo, the Royal Menagerie with wild animals like leopards, polar bears, monkeys…, even an African elephant offered to Henry III by Louis IX of France. The poor elephant finally died because he was fed with red wine and he couldn’t stand the cold weather in London anymore. 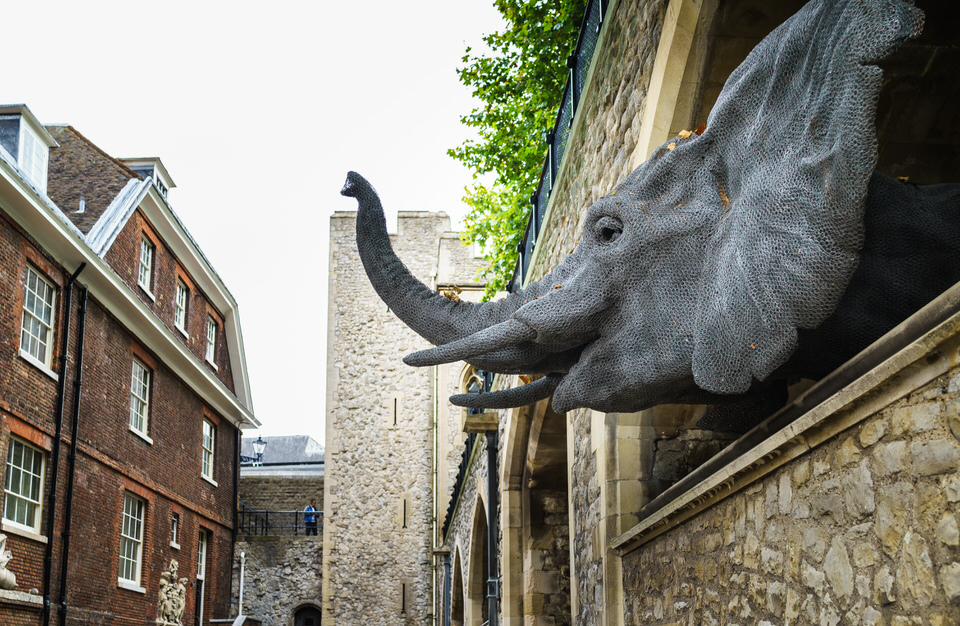 Other long-standing residents of the Tower of London are the distinguished ravens of the Tower. But they have the benefit of freedom and they like to approach tourists. They have a good looking terrific appearance coated with shiny black feathers. 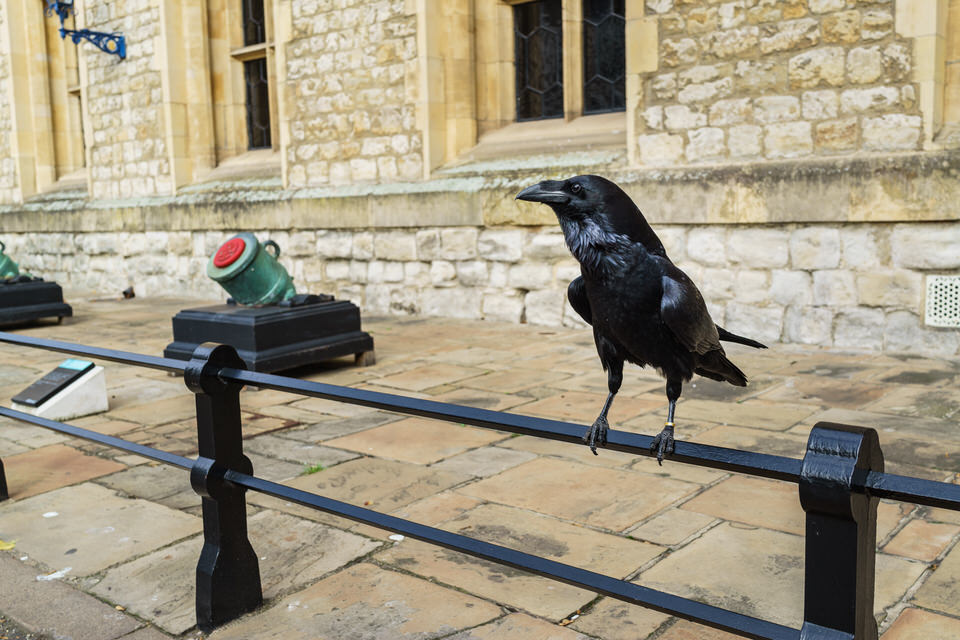 They are very important figures. According to legend, if the ravens were to leave the Tower, the Kingdom would fall.

They enjoy a peculiar diet: 170 g of raw meat a day plus bird biscuits soaked in blood.

The dynasties that ruled England

Security at the Tower

Guards were paid to keep prisoners secure at the Tower from the early 1300’s. They became established as Yeomen Warders int the 16th century, and continued to guard state prisoners until the 19th century. Many prison

ers were held in Warders’ own lodgings, often becoming friendly with their gaoler. Warders were responsible for prisoners’ security and could face heavy penalties if any escaped.

The Yeomen Warders, popularly known as the Beefeaters, are the official keepers of the Tower of London. Centuries ago they were in charge of looking after any convicts in the Tower and protecting the British crown jewels. Nowadays they also organize guided tours in the Tower. 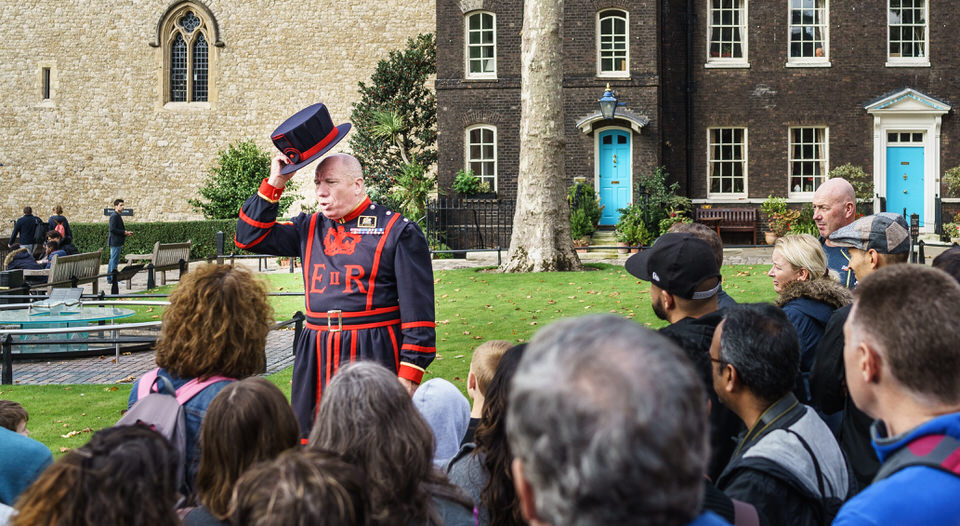 The sentry is part of a military guard stationed here to provide protection for the Crown Jewels.

The military guard comes from an operational unit of the Armed Forces that is currently employed on ceremonial duties. 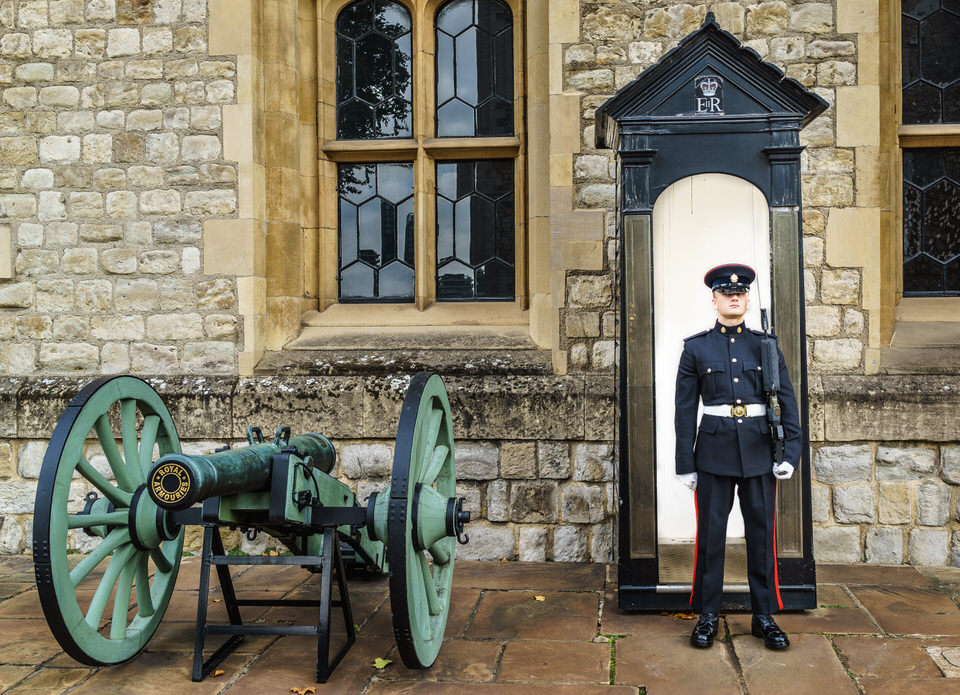 You can admire some bronze 6-pounder guns that were captured at the battle of Waterloo on 18 June 1815. They are individually named and were cast in various parts of Napoleon’s European Empire in 1813.

The Duke of Wellington, who commanded the anglo-allied army at Waterloo, was also Master General of Ordnance and ordered the preservation of all the guns captured during the battle. Eight came to the Town as the headquarters of the Ordnance Office, the government department responsible for providing military weapons and equipment.

Today, six of the original eight guns are mounted on accurate replica carriages made by the government carriage department in the 1950s. The other two are at Fort Nelson near Portsmouth, Royal Armories’ museum of artillery. 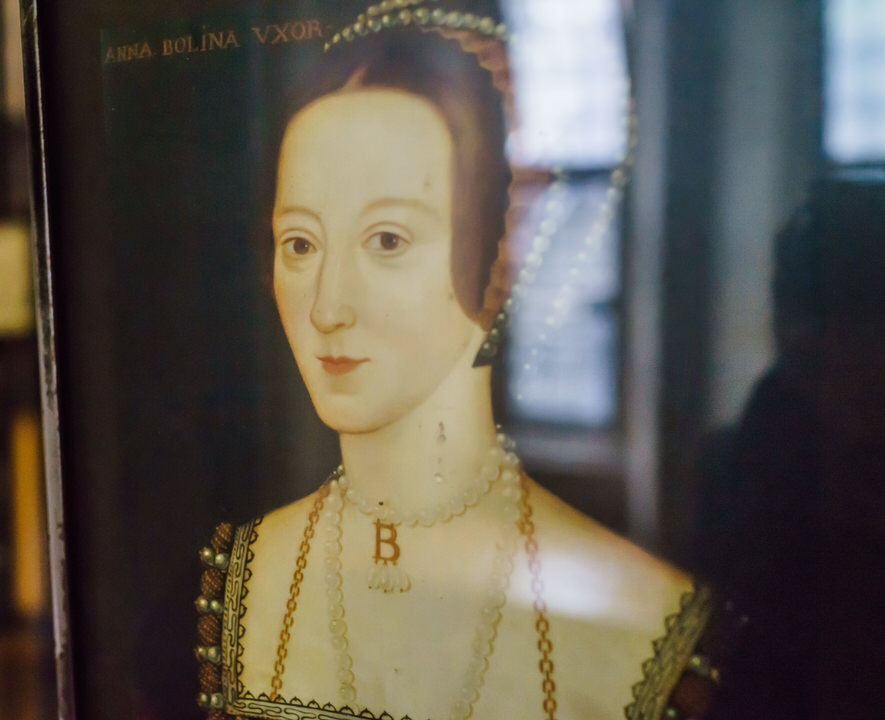 Anne Boleyn, the second wife of Henry VIII, was one of the most famous and distinguished occupants of the Tower. She was sent there in 1536. Anne was accused of adultery. For a queen in the 16th century this was considered treason and was punishable by death. By a cruel twist of fate, Anne was imprisoned in the same rooms that had been lavishly refurbished by order of the King, prior to her coronation in 1533. A few days later, Anne was beheaded by a French swordsman.

The Bloody Tower is just one of the buildings of the Tower of London complex. Its walls have witnessed a terrible crime: The Story of the Two Princes.

Richard declared the two boys illegitimate. They were kept at the Tower, never to be seen alive again. Their uncle was crowned King Richard III.

Richard was the youngest brother of King Edward IV. He is blamed by some for murdering Edward’s sons in order to seize the throne. He ruled for two years before dying during the Battle of Bosworth Field.

In 1674, whilst demolishing an old staircase in the White Tower, workmen stumbled onto something hidden beneath. The object turned to be an old wooden chest, which had been heavily damaged during the construction works. When the workers opened the chest, they discovered the skeletons of two boys with broken bones hidden inside.

Many people believed that they were the remains of two princes who disappeared in 1483. Their bones were re-buried in Westminster Abbey.

It is not possible to imagine London without its pubs. Local people love pubs and they like to have some beers before going home after working. We discovered a nice place called The Dickens Inn in St Katharine Docks. A nice place to try fish and chips with a good beer. 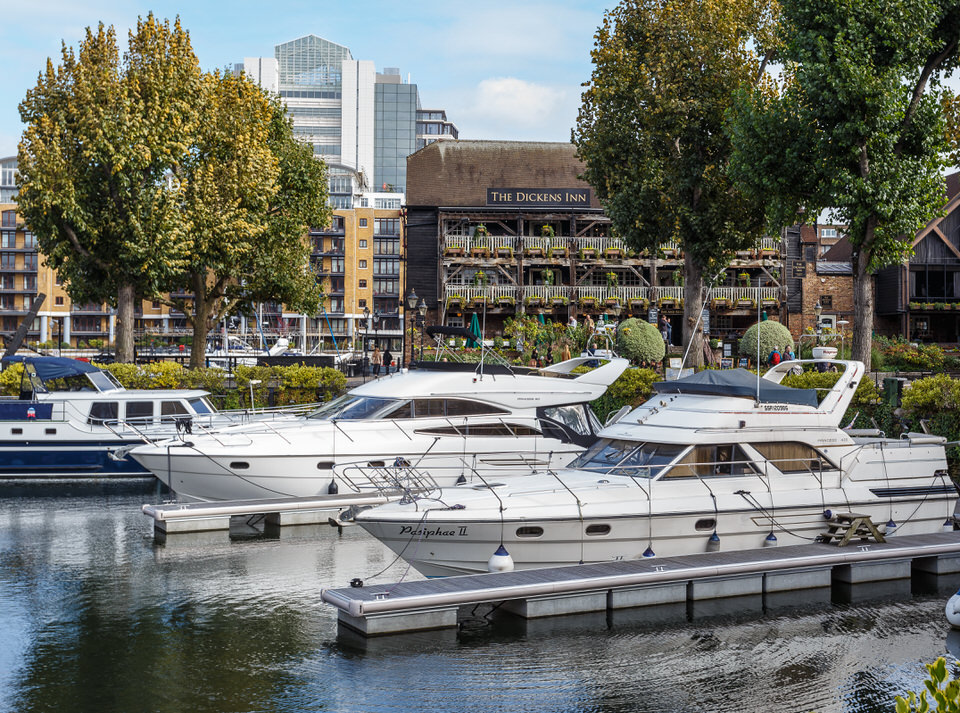 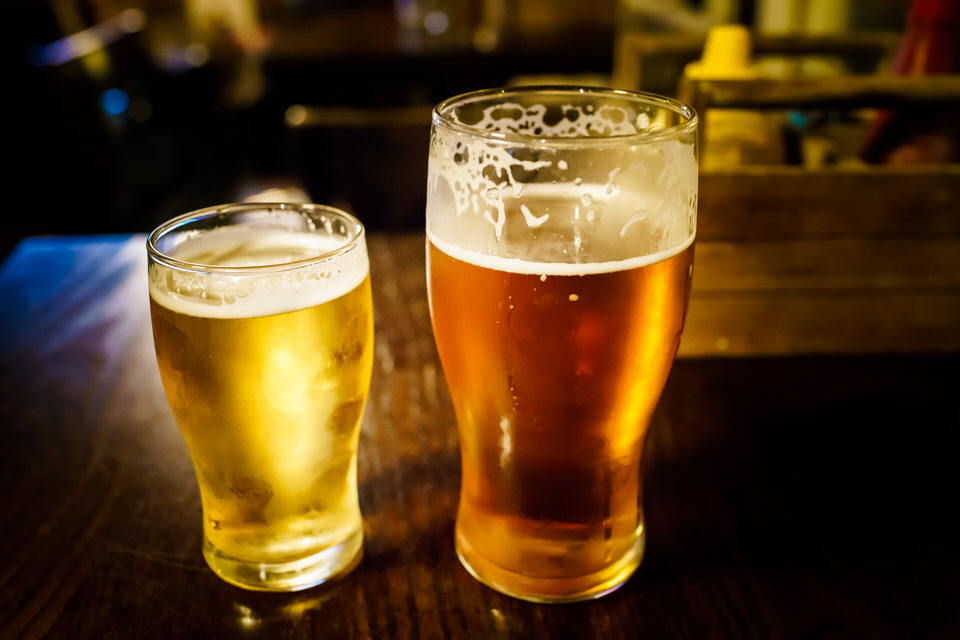 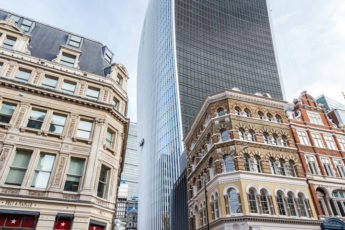 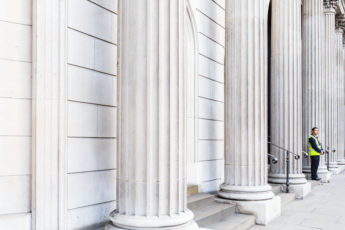 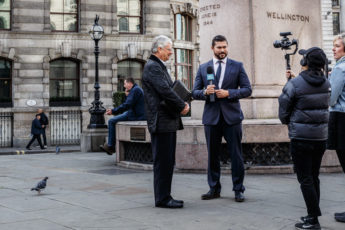 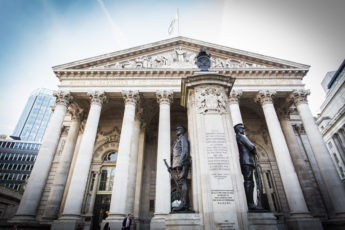 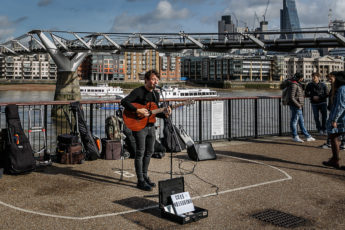 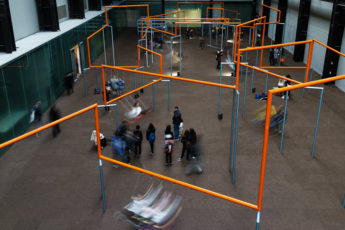 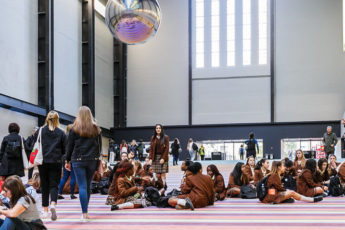 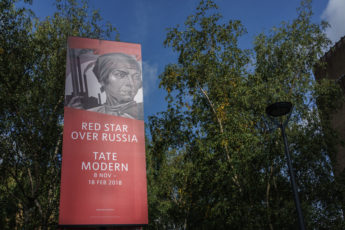 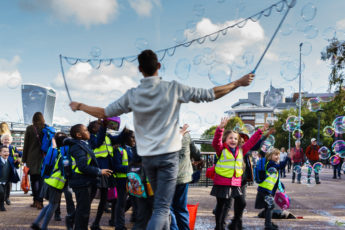 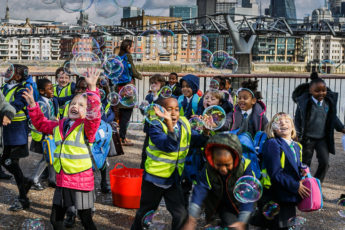 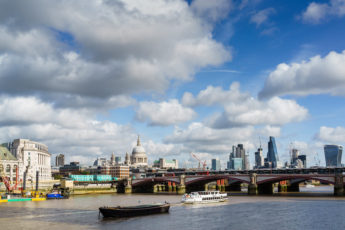 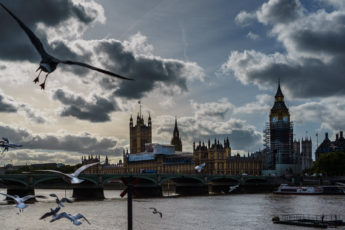 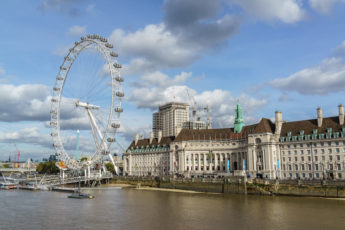 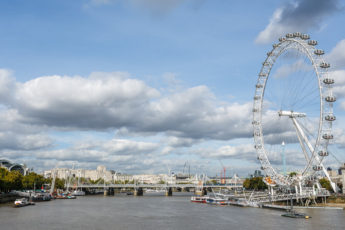 By Luis Valdés
3
LondonNewsTravel
A LOOK AT GREENWICH 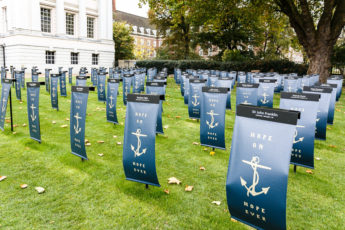